A Bird’s-Eye View of the New World Trade Center

When the towers fell on September 11, 2001 our world was shattered – changed forever. But Americans never quit and on this 20th anniversary, we have literally risen from the ashes. We also never forget so the 9/11 Museum memorializes the souls lost and tells the story of one of our darkest days.

The World Trade Centers Association is rebuilding the site—the complex is mostly completed at this point—with six new skyscrapers; a museum and memorial to those who lost their lives; and Liberty Park—an elevated public venue featuring St. Nicholas Greek Orthodox Church.

Inarguably, the crown jewel of the complex is One World Trade Center, designed by David Childs of Skidmore, Owings & Merrill, completed in May 2013, and opened in November 2014. Considered the lead building on the site, it is the tallest structure in the Western Hemisphere at 1,776 feet.

In February 2003, after eight months of 24-hour-a-day site cleanup, Studio Daniel Libeskind won the competition to be master planner for the World Trade Center redesign. Unsurprisingly, the redesign effort underwent extensive revisions in collaboration with Larry Silverstein—who signed a 99-year lease for the center—and Skidmore, Owings & Merrill, the firm he hired.

In January 2004, Michael Arad and Peter Walker’s design, entitled Reflecting Absence, won the competition for the site’s memorial. This lovely park space features deciduous swamp white oaks planted to form clusters, clearings, and groves. The trees accent two square pools that represent the footprint of the Twin Towers. Inscribed on parapets surrounding waterfalls in the park are the names of the victims of all the 2011 attacks and the 1993 World Trade Center bombing.
​​​​​​​

A Word about Studio Daniel Libeskind.

Born in May 1946, Daniel Libeskind is a Polish American architect, artist, professor, and set designer. He founded Studio Daniel Libeskind in 1989 with his wife, Nina. He’s known for the design and completion of the Jewish Museum in Berlin, the Felix Nussbaum House/Museum of Cultural History in Osnabrück, Germany.
Read Next: Building Series: The Lost Treasure →
We hope you’ll join us on Thursday, October 14th for our next installment If you have a building, you’d like to nominate for coverage this link will take you to a page to make your nomination which can be anonymous, if you prefer.
Make Suggestion 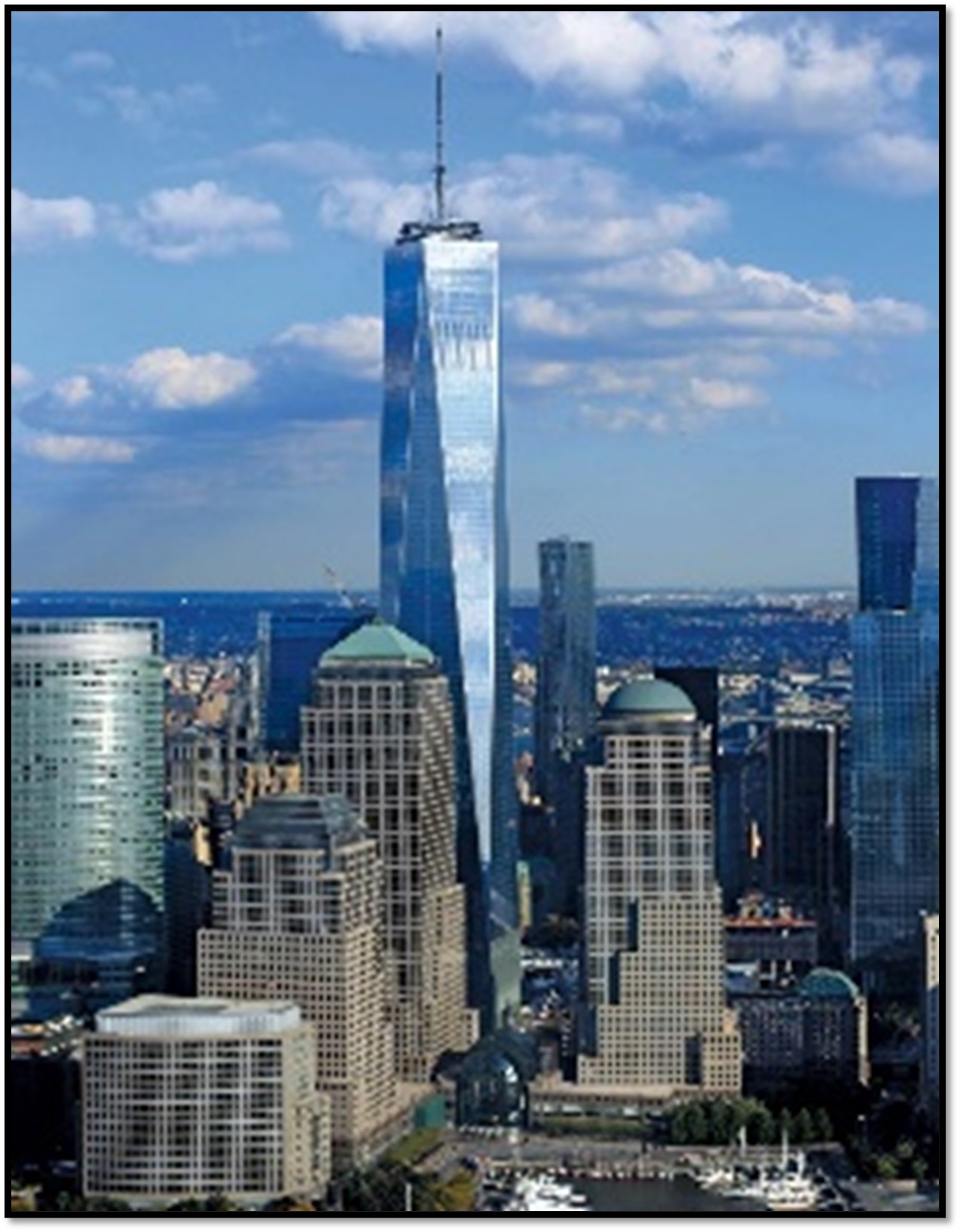