This breathtaking museum holds quite a story. In 1991, the Basque government approached the Solomon R. Guggenheim Foundation to develop a museum in Bilbao's decrepit port area. The government cost was $US170 million, but it has paid off handsomely. In its first three years, the government turned that into a revenue of €600 million, an approximate 70% return on investment.

In exchange, the Foundation agreed to manage the institution, rotate parts of its permanent collection through the Bilbao Museum and organize temporary exhibitions. There’s no doubt it was quite an investment for the government, but it’s paying off handsomely.

Located along the Nervion River in Bilbao, the Guggenheim Museum Bilbao is one of the largest museums in Spain. It houses 250 works by Spanish and international artists, some of which rotate through from other Guggenheim collections.

There’s so much to say about the aesthetic, design, construction, and political/governmental aspects of this gorgeous building that it’s hard to know where to begin.

Architecture critic Paul Goldberger commented that the museum represents “one of those rare moments when critics, academics, and the general public were all completely united about something.”

The exterior of the museum is clad in glass, titanium, and limestone—with gorgeously undulating walls. Canadian American architect Frank Gehry says he designed the seemingly random curves carefully to catch and reflect the light.

Gehry chose low-polluting titanium for the building’s 33,000 plates. It can be rolled 0.4 mm thick and those plates weigh a mere 60 tons. That is about 50% the weight of steel, a more traditional building material. The plates were rolled in Pittsburgh, not Spain, because the city has high-energy production facilities. 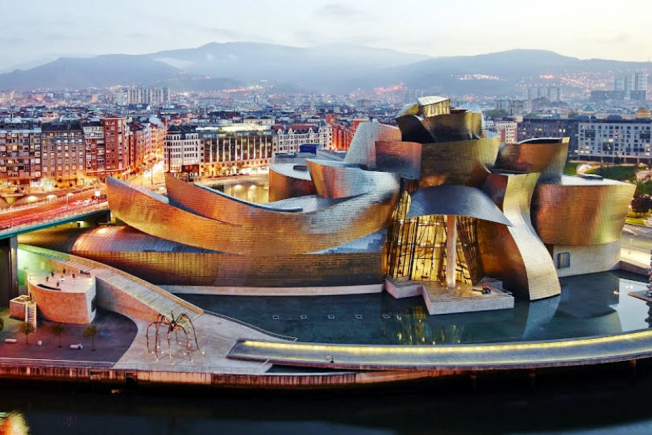 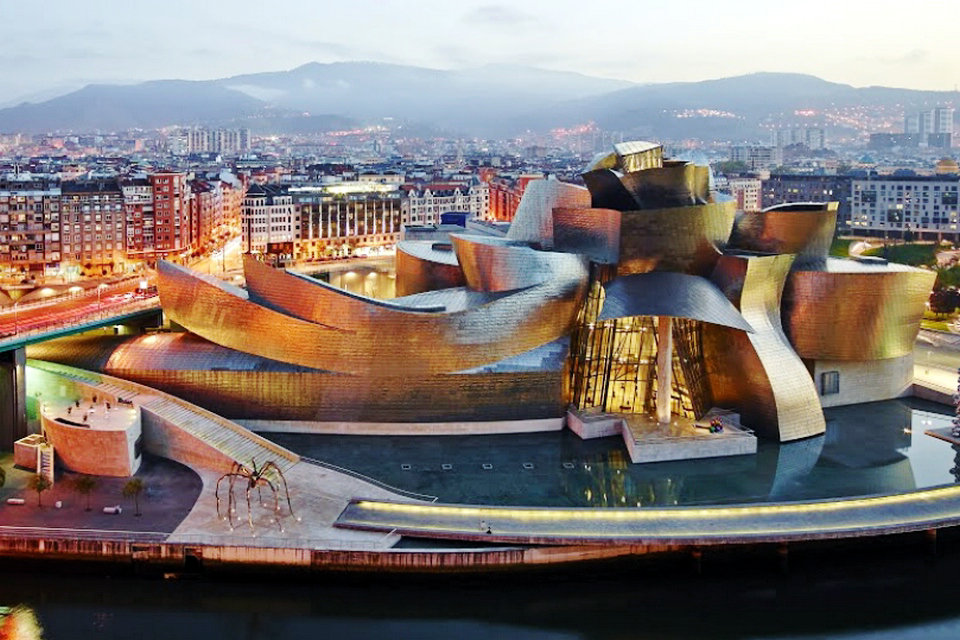 The museum—one of several belonging to the Solomon R. Guggenheim Foundation—was completed on time and within budget, a true rarity. To achieve this result, Gehry explained to Harvard Design Magazine that he had:
Read Next: Building Series: The Lost Treasure →
We hope you’ll join us on Thursday, November 18th for our next installment If you have a building, you’d like to nominate for coverage this link will take you to a page to make your nomination which can be anonymous, if you prefer.
Make Suggestion 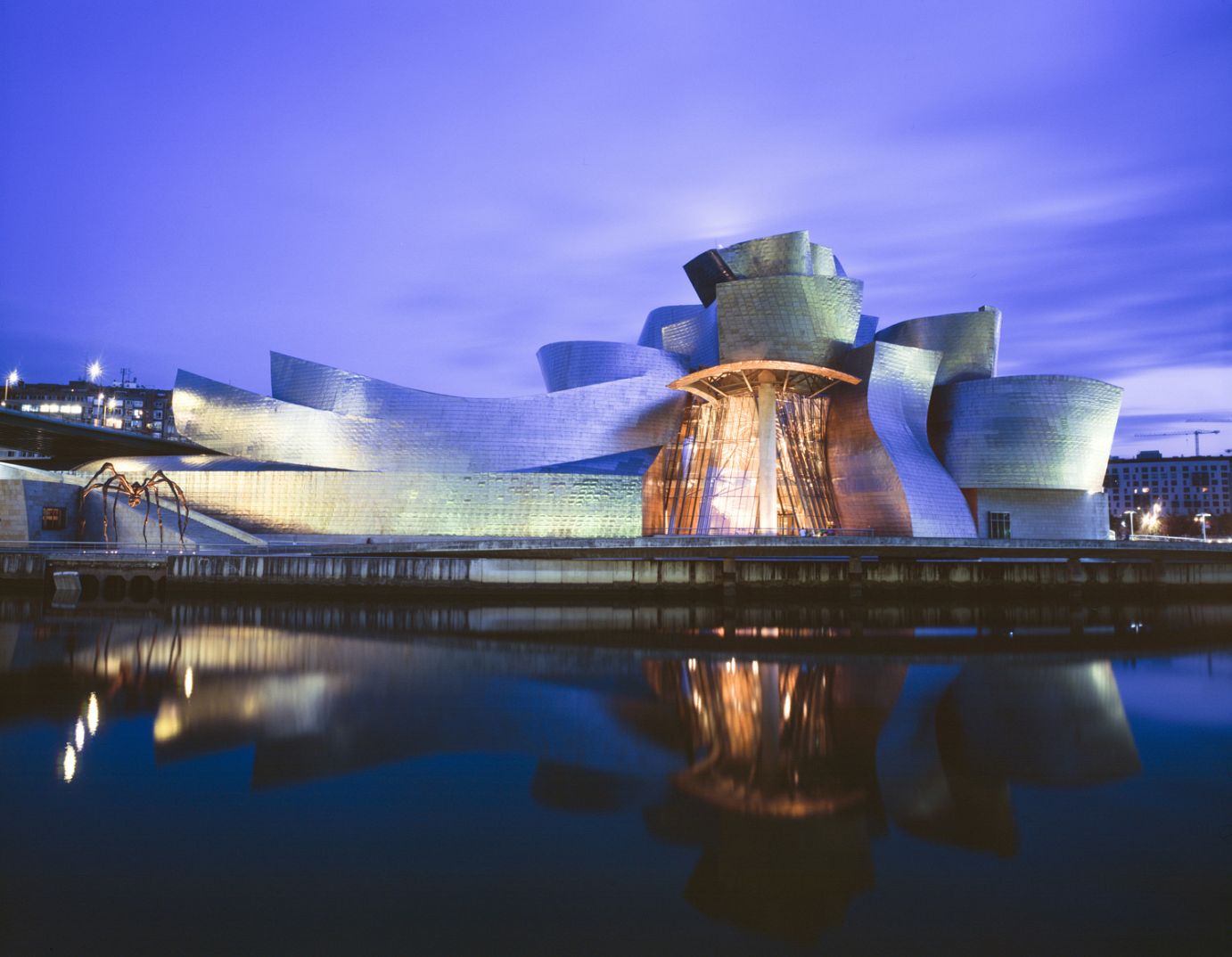